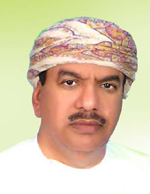 Al Ruzaiqy Group of companies had a modest beginning in the year 1978. Mr.Mohammed Hamed Salem Al Ruzaiqy, Group Chairman is the guiding light and inspirational force behind the organization’s phenomenal success. He carries the legacy of business from his father who originally engaged in trading with India and Africa with his own marine fleet. Al Ruzaiqy hails from one of the reputed and influential Omani family in Sur.


Mr.Mohammed Hamed Salem Al Ruzaiqy after completing his studies in Egypt and Kuwait ventured into contracting business. With the passage of time spread its wings into other areas of business like Industrial Catering, Facility Mangement Services, Food Stuff Trading, Hotels and Restaurants.

Today the group has its presence throughout the Sultanate of Oman and consists of nearly 3000 employees in its workforce.